The RSA Conference has been a key date on the IT security calendar for 31 years, billing itself as the place ‘where the world talks security’. After being forced into a virtual event last year due to the pandemic, RSAC was back live in 2022 for a face-to-face event at the Moscone Center in San Francisco. This year’s event welcomed around 26,000 attendees, over 600 speakers, and more than 400 exhibitors.

So how did a face-to-face RSAC 2022 stack up after the virtual event in 2021? We’ve gathered some data from the conference guests on their experience, and we’ve also asked the Egress team who were there in San Francisco for their thoughts.

Are events back with a bang?

For 60% of our surveyed conference guests, RSAC was their first face-to-face event of the year. And on the whole, their feedback was extremely positive, with every respondent giving at least a 7/10 likelihood that they’d recommend the conference to a friend (67% said they would 100% recommend it).

Egress’ CEO Tony Pepper also felt the return to an in-person event was a success: “Overall I felt the show demonstrated that people are keen to get back to meeting face to face. While numbers were down from previous years, the show and surrounding hotels/bars were a hive of activity.” 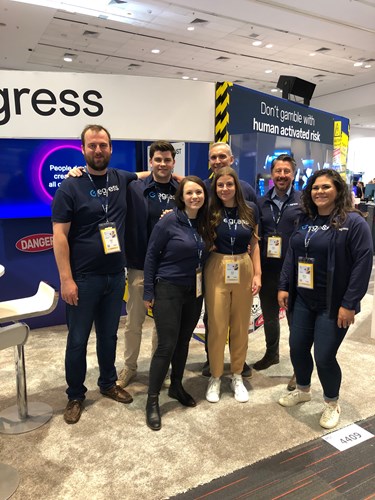 As cyberthreats and defensive technology evolve in a continuous arms race, there’s always plenty for industry professionals to get stuck into. This year’s RSA took place against a backdrop of cyberthreats arising from the Russia-Ukraine conflict, and a post-pandemic remote working environment.

67% of the surveyed attendees told us they worked in IT security – so it’s no surprise that security technology was the star of the show. Out of the attendees we surveyed, 67% attended with the main goal of seeing the latest technology, 27% were primarily there to network, and just 7% said their first reason for attending was to attend learning tracks.

In terms of the technology people wanted to stay ahead of the curve on, the most pressing topics included privacy and surveillance, as well as the nuances of risk and policy. There was also plenty of discussion regarding the positive and negative impacts of machine learning and artificial intelligence. Innovations to do with cryptocurrency and blockchain also proved to be popular.

According to Steve Malone, one topic in particular kept coming up: “Zero trust was the most common messaging I saw across the conference exhibitors, and it’s a worthy message.  Zero trust isn’t a single product, it’s a security strategy, and one that I’m proud to say Egress is pivotal to.”

Tony Pepper found security training to be another common point of discussion: “A theme that resonated with everyone I spoke to, was the overall acceptance that cyber security training and awareness just isn’t working and that a new approach is required to change user behaviour. Everyone I spoke to at the show loved the idea of using actual threats (sanitized and made safe) as a real-time teachable moment.”

Back for more next year?

It sounds likely that everyone we interviewed is strongly considering returning for RSAC 2023, with 53% saying they would definitely return next year – and all other respondents giving a likelihood of at least 8/10 that they’d be returning.

Egress will certainly be looking forward to another visit in 2023. In Steve Malone’s words: “The team really enjoyed attending RSAC 2022, especially learning about new technologies and meeting lots of interesting people. The icing on the cake for us was winning an award from Cyber Defense Magazine for ‘Most Comprehensive Anti-Phishing Solution’”.

Tony added: “It was clear to see more vendors entering into the Integrated Cloud Email Security (ICES) space… Which demonstrates that the market is maturing and within the next 12-18 months a clear leader will emerge in this relatively new product category. It’s all to play for!” 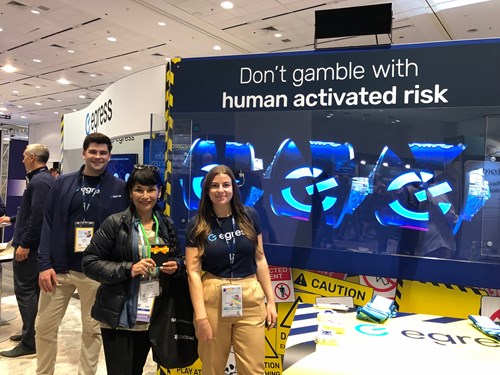