One in four UK workers have maliciously leaked business data

Egress Software Technologies, a leading data privacy and risk management company, has released research to understand how work email is frequently misused by UK employees. The research revealed that a significant number of workers have purposefully shared confidential business information outside their organisation (24 per cent), typically to competitors, or new and previous employers. In addition, half of all respondents said they either had or would delete emails from their sent folder if they had sent information somewhere they shouldn’t.

Almost half (46 per cent) of respondents also said they had received a panicked email recall request, which is not surprising given more than a third (37 per cent) said they don’t always check emails before sending them. The biggest human factor in sending emails in error is listed as ‘rushing’ (68%), however alcohol also played a part in eight per cent of all wrongly sent emails. Autofill technology, meanwhile, caused almost half (42 per cent) to select the wrong recipient in the list.

Of those who had accidently sent an email to the wrong person, 40 per cent accidentally insulted the recipient or included rude jokes, swear words and even risqué messages. Critically, almost one in ten (9 per cent) accidentally leaked sensitive attachments, such as bank details or customer information, putting customers and their own organisations at risk.

The survey of 2,000 UK workers who regularly use email as part of their jobs was conducted by OnePoll on behalf of Egress to explore how common email misuse is within Britain’s organisations.

Email is frequently misused by the UK workforce,” said Tony Pepper, CEO and co-founder, Egress. “While offending an accidental recipient may cause red faces, leaking confidential information can amount to a data breach. As we move towards the EU General Data Protection Regulation, it has never been more important to get a grip on any possible risk points within the organisation and, as this research shows, email needs serious attention.”

Data breaches are becoming much more prevalent and organisations are struggling to mitigate the risks caused by unpredictable user behaviour,” continued Pepper. “Switch Threat Protection acts as an additional line of defence, helping employees and administrators spot and prevent potential breaches. For our customers, the fact we can provide technology solutions that proactively support users to mitigate the risk of data loss, fines and associated reputational damage is proving invaluable, particularly as we enter a new phase of unprecedented data protection regulation. 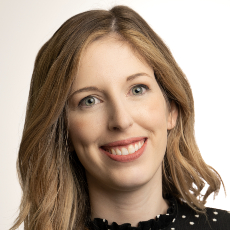 Get your copy now