Operation Snap is a joint initiative managed by GoSafe, the Wales Road Casualty Reduction Partnership, on behalf of the four forces in Wales: Dyfed-Powys Police, Gwent Police, North Wales Police and South Wales Police. It was launched to allow members of the public to report road traffic offences using video and still images taken on smartphones or helmet, bar and dash cameras. Using Egress Switch Secure Web Form, citizens are able to upload the footage or images to a single portal, which is then stored and accessed by police in Egress Switch Secure Workspace.

Around 1,600 – 1,700 people die on the roads in England and Wales every year. The majority of these deaths are caused by irresponsible and dangerous driving, a situation that the Welsh police wanted to eradicate. Due to budget cuts, however, numbers of traffic police have been reduced by almost half (43 percent) over the last few years, making it increasingly difficult to monitor drivers and improve behaviour. What’s more, on average, traffic violations reported by the public take 15 hours of police time per case and require staff to go through a 28-point process to complete investigations. With the reduction in personnel, the team behind Operation Snap looked to take a new approach to prosecuting traffic offences.

“The police have been receiving complaints from members of the public about dangerous and anti-social driving for years now and we knew that, at a time when there are fewer traffic police than ever before, that footage could help us warn and prosecute more dangerous drivers to improve behaviour and prevent fatalities,” explains Steve Davies, about Operation Snap. “However, in the past, there hasn’t been a good way for people to share that footage with us – either police forces won’t accept it because it’s from a third-party or the process of uploading it was so arduous members of the public gave up before finishing. We knew that there had to be a better way of facilitating the process.”

The team behind Operation Snap sought a solution that would easily facilitate uploads by members of the public. However, it was also critical to the team that the data could be stored and accessed securely, and so required a solution that not only worked effectively for the public, but also provided the strongest levels of security possible.

In March 2017, Operation Snap began reviewing available solutions and found that deployed together, Switch Secure Web Form and Switch Secure Workspace offered the functionality and security that it required.

“We were very aware that information security was going to be incredibly important to the success of this operation and we wanted to make sure any platform we chose would provide government-level encryption,” explains Teresa Ciano of Operation Snap. “Switch Secure Web Form and Secure Workspace ticked all the boxes. They offer more functionality than we thought we’d be able to achieve and the encryption, control and auditing measures mean we’re confident anything uploaded is protected and compliant with our data management requirements.”

Operation Snap investigates offences of Dangerous Driving, Driving without Due Care and Attention, Careless Driving, such as using a mobile phone, not wearing a seat belt, contravening a red traffic light and other offences where the driver is clearly not in proper control of a vehicle. When members of the public witness such behaviour and take photos or videos, they can visit Operation Snap’s website where they are required to complete the form created by Egress, sharing their own details and information about the incident they are reporting. Once submitted, this data is uploaded to Switch Secure Workspace, where a folder is automatically created for each report made. Two police officers across Wales are tasked with reviewing these reports under Operation Snap, which using the new technology, can be done without manually collecting evidence and interviewing witnesses at this preliminary stage – saving time that enables more incidents to be assessed and driver intervention to happen sooner, ultimately saving lives.

Since Operation Snap was officially launched in December 2017, an average of 140 videos and images per month have been uploaded through the Operation Snap website. Where previously it would have, at best, taken a member of the public 90 minutes to upload their footage, or at worst could not have been submitted at all, it now takes up to 10 minutes and can be easily accessed and managed by participating police forces across Wales.

This has led to a dramatic increase in the ability to deal with footage of dangerous driving that’s submitted by citizens, leading to increased early intervention by the police and ultimately an anticipated reduction in fatalities on the roads by up to 40 percent. Operation Snap estimates that this will save 650 lives every year if rolled out across the UK. While the police can’t be everywhere, with the help of Egress’ technology, they can be anywhere.

“The support from Egress has been phenomenal and, with the team’s help, we have been able to transform what was a slow and frustrating process into something that is efficient and, quite literally, saving lives,” continued Ciano “Not only will the technology have a huge impact on the roads of Wales, but it has also enabled the police to do more with less and the public to play their part in making our roads safer.  We can see a time where this would benefit other areas of policing and civil enforcement too.” 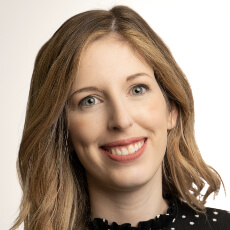